The report focuses on newer drugs and innovations in chemical compounds, vaccines and biologicals recently launched or in development. Specifically excluded from the scope of research are vector or mosquito control approaches, strategies and products; drugs used for symptomatic treatment and not for the elimination of the virus from the host; and details on manufacturers and suppliers of nonbranded generics.

Request a Report Sample with Toc and figures to click here:  http://marketgrowthanalysis.com/reports/sample/450

Products used for diagnosis as well as PCR techniques, kits and testing facilities are also excluded from the report.

BCC Research has categorized the markets based on regions defined by the WHO since it is the primary organization mapping disease prevalence, assisting with access to medicine and enabling partnerships. Regions include Africa, Americas, South-East Asia, Europe, Eastern Mediterranean and Western Pacific. These cover all the WHO participating countries which are described in detail in the subsequent section.

- An overview of the global markets for tropical disease treatments.
- Analyses of global market trends, with data from 2015, estimates for 2016, and projections of compound annual growth rates (CAGRs) through 2021.
- A look at the total addressable market, an indication of the number of people affected, and the current shares of key marketed therapies.
- Representations of market shares by geography, company, and future outlook.
- Insight on some of the newer drug candidates, clinical trials, and their end points.
- Analyses of factors such as increases in resistance of vectors to common insecticides, increases in rapid diagnostic techniques, and no established treatment for newer conditions like Zika.
- Profiles of major players in the industry.

Neglected tropical diseases are a significant cause of death and morbidity among affected communities around the world. In 2015, the total addressable market for the diseases discussed in this report was $1.4 billion and is expected to grow at a compound annual growth rate (CAGR) of 14.1% to over $2.6 billion by 2021. The global market for malaria treatments in 2015 was about $440.3 million (including preventive medicine for pregnant women and children under five years of age in Africa) and is expected
to reach $757.9 million by 2021. In 2015, the global market for leishmaniasis treatments was $33.8 million although, as the disease has a focal distribution, this total does not reflect the extent of visceral leishmaniasis in affected communities.

The 2015 market value for schistosomiasis was $52.5 million, out of which preventive chemotherapy was about $18 million. Coverage of preventive chemotherapy by the WHO authorities, according to our estimates is expected to grow to $46 million by 2021 for a market that, according to the demand will by then be valued at $55.8 million. Our projection of the market for Lymphatic Filariasis, for the year 2021, comes to $8,500. This falls in line with WHO’s roadmap in which the global market for preventive
chemotherapy will be reduced to near negligible with a very limited market for drugs. A challenge in estimating the market size of such diseases is underreporting due to the large number of cases that go undetected or misdiagnosed.

Vaccines are making an entry into the market with recently approved GlaxoSmithKline’s Mosquirix for malaria and Sanofi’s Dengvaxia for dengue. Both near-term and long-term launches are also expected for other indications such as Zika and leishmaniasis. The projected 2017 market size for malaria vaccines is about $170 million. In 2015, the total addressable (demand) markets for dengue and Zika vaccines was $246.2 and $36.3 million but are expected to increase to about $1.3 billion and $132 million,
respectively, by 2021. This surge is based on the understanding that the vaccines will be part of a routine immunization program in key markets. Innovation and launches in vaccines will continue to drive the market.

Request for enquiry on This Report at: http://marketgrowthanalysis.com/reports/enquiry/450

Other incentives like the U.S. FDA’s Priority Review Voucher scheme as well as public-private partnerships via platforms like DNDi and funding from organizations and governments are expected to boost research. Advances are much needed since most of the existing treatments for many tropical diseases are decades old, often unaffordable and difficult to administer. Another trend that will be driving research is the increase in parasite resistance.

The market has long been neglected because these diseases primarily affect marginalized communities which makes treatment expensive and diagnosis difficult. However, the recent Ebola and Zika outbreaks have highlighted the threat and the unpreparedness of the authorities.

Browse more detail information about this report visit at: http://marketgrowthanalysis.com/neglected-tropical-disease-treatments-market 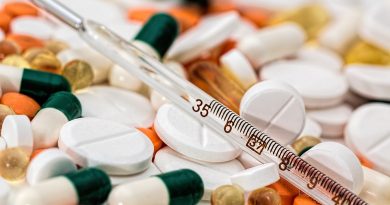